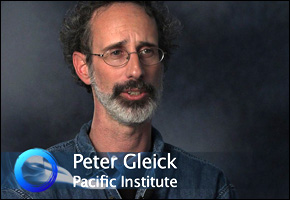 Today, POLITICO announced disgraced climate scientist Peter Gleick has stepped down as president of the Pacific Institute, though he will remain there as a researcher and fundraiser. Interestingly, no successor has been named, so “the search for a new president is underway.” What was the hurry?

In 2012, Gleick stole the identity of a Heartland board member (committing identity theft, a federal crime) and used it to commit a second crime (stealing and revealing confidential documents from a competitor, industrial espionage). He confessed to both crimes, but not to a third crime, libel, which he very likely committed by forging a document and lying repeatedly to his allies — and then to the general public and to his own board of directors — about the true origins of that document. He has yet to confess to that crime. This whole hoary incident is called Fakegate and is documented on this site.

The Heartland Institute, Gleick’s victim, carefully documented Gleick’s crimes and tried to persuade the U.S. Attorney for Northern Illinois to prosecute him, but failed. At the time, we couldn’t understand why: Gleick confessed to committing crimes, and the crimes he committed caused great damage to Heartland’s reputation and to the wider world of public policy debate. Letting him go unpunished would set a terrible precedent: Groups that support different perspectives on controversial issues are now apparently free to break the law to attack and discredit their opponents.

Why didn’t the Department of Justice prosecute Gleick? Events in recent weeks help explain it.

The Obama administration’s heavy-handed abuse of constitutional authority has extended beyond the IRS, FCC, and EPA to include the Department of Justice. The DOJ apparently has consulted with the FBI to investigate global warming realists, and possibly plans to use RICO against groups like The Heartland Institute. Astonishing, and frightening. And it raises an obvious question: For how long has DOJ viewed global warming realists as possible criminalsand not victims?

Maybe The Heartland Institute never stood a chance against Peter Gleick, because DOJ already made up its mind that alarmists are the “good guys” and realists are the  “bad guys” in the global warming debate. Maybe Gleick had political protection from the White House. Maybe political bias trumped justice?

Which brings us back to Peter Gleick’s resignation as president of the Pacific Institute. Gleick is only 60 years old. It’s unusual for a CEO to resign without announcing a replacement … unless the resignation was involuntary and there wasn’t time to recruit a replacement. Was Peter Gleick fired?

Maybe members of the board of the Pacific Institute, who refused to respond to not one but two letters from The Heartland Institute warning them of Gleick’s misconduct and calling on them to fulfill their fiduciary responsibilities, finally realized they were being lied to by Gleick. That they had failed to behave in an honorable fashion. That their fake “internal investigation” was being misrepresented by the liberal mainstream media. That their failure to act had made the Pacific Institute a joke to many in the science community because its CEO was an unconvicted felon.

Maybe some of this, or all of this?

The statute of limitations on Gleick’s crimes runs five years … to February 2017, a month after a new president is installed in office. Interesting timing. 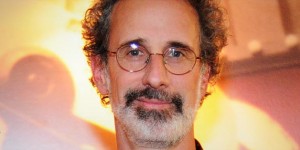 Daniele Fanelli, a research fellow at Scotland’s University of Edinburgh, has a commentary in the February 14 issue of Nature in which he discusses “an epidemic of false, biased and falsified findings” appearing in the world’s peer-reviewed journals. How to stop and reverse this trend?

Fanelli describes the many proposals that have been discussed in Nature and elsewhere — “improving mentorship and training, publishing negative results, reducing the pressure to publish, pre-registering studies, teaching ethics and ensuring harsh punishments.”

But all this, Fanelli says, isn’t enough.

END_OF_DOCUMENT_TOKEN_TO_BE_REPLACED

Today’s Wall Street Journal has a Page 1 story titled “U.S. Ups Ante for Spying on Firms,” describing how “top administration officials” are promising to get tough on hacking and the theft of confidential information from American businesses.

The new push comes on the heels of fresh allegations of Chinese cyberspying. … The Obama administration is casting trade-secret theft as a major threat to both economic and national security.

Why, then, hasn’t the Obama administration prosecuted a major case of corporate espionage involving wire fraud that took place more than a year ago, and in which it already has a confession from the culprit?

I speak, of course, of disgraced climate scientist Peter Gleick, who confessed to assuming a false identity to steal corporate documents from my organization, The Heartland Institute, with the express purpose of harming the organization.

END_OF_DOCUMENT_TOKEN_TO_BE_REPLACED

I read your August 7 opinion piece in The Wall Street Journal, “A New Climate-Change Consensus,” with great interest. As you know, The Heartland Institute is a leading voice in the international debate over climate change. The Economist recently called us “the world’s most prominent think-think promoting skepticism about man-made climate change.”

First, I welcome you to the effort to bring skeptics and alarmists together. We need your help. We have been trying to do this for many years.

For example, we ran more than $1 million in ads calling on Al Gore to debate his critics. He repeatedly refused. We hosted seven international conferences on climate change and invited alarmists to speak at every one, the most recent one held in Chicago on May 23-24. Only one ever showed up, and he was treated respectfully.

Regrettably, your colleagues in the liberal environmental movement responded at first by pretending we don’t exist, and when opinion polls and political decisions revealed that strategy wasn’t working, by denouncing us as “deniers” and “shills for the fossil fuel industry.”

END_OF_DOCUMENT_TOKEN_TO_BE_REPLACED

“Forecast the Facts,” a front-group created by environmentalists to attack The Heartland Institute, its donors, and the scientists it works with, has posted a one-page document on its Web site titled “Heartland Institute and Tobacco.”

The document consists of a paragraph of false and misleading claims meant to defame The Heartland Institute, followed by twelve bullet points consisting of quotations, the first six apparently by me (dates but not sources follow my name after each quotation) and six from persons not affiliated with The Heartland Institute, but possibly taken from Heartland’s Web sites. I have not tried to confirm the authenticity of the quotations attributed to me, and won’t.

The quotations from persons other than me do not represent the views of The Heartland Institute. Heartland hosts “PolicyBot,” an online search engine and database that contains more than 25,000 reports and commentaries from 350 sources. We are a clearinghouse for the work of other groups. You will find a wide range of opinions on many topics there, including tobacco control, not all of them representing Heartland’s positions.

A full statement of positions taken by Heartland’s spokespersons on tobacco control, last updated in 2007, appears on our Web site. Here, briefly, is what we have to say on this topic:

END_OF_DOCUMENT_TOKEN_TO_BE_REPLACED

The Heartland Institute today released more evidence that Pacific Institute President Peter Gleick was the likely author of a fake “climate strategy memo” that Gleick originally claimed came from a “Heartland insider,” and later said he received “in the mail” from an anonymous source.

The new report contradicts disgraced climate scientist Gleick’s claim to have received the memo from someone affiliated with The Heartland Institute and adds to a growing body of evidence pointing to Gleick’s guilt. A month ago, Juola & Associates, the premier provider of expert analysis and testimony in the field of text and authorship, said “it is more likely than not that Gleick is in fact the author/compiler of the document entitled ‘Confidential Memo: 2012 Heartland Climate Strategy,’ and further that the document does not represent a genuine strategy memo from the Heartland Institute.”

END_OF_DOCUMENT_TOKEN_TO_BE_REPLACED

For the past several weeks, a front-group calling itself “Forecast the Facts” has been contacting donors to The Heartland Institute demanding they publicly commit to withdrawing their financial support. The letters and emails being sent by this group contain false statements that are plainly meant to defame and harm The Heartland Institute. This is our reply.

The campaign actually started on February 14, 2012, when Peter Gleick, president of the Pacific Institute and a leading climate scientist, sent to liberal activists and sympathetic journalists several documents he stole from The Heartland Institute, along with a fake memo he claimed was also from Heartland. On February 20, Gleick confessed to stealing the documents but claimed he received the fake memo “in the mail” from an anonymous source.

END_OF_DOCUMENT_TOKEN_TO_BE_REPLACED

‘All Honest Scientists Should Be Outraged’

Gleick is slated to deliver a lecture on “The Human Right to Water” at the prestigious university just weeks after he admitted to stealing the identity of a board member of The Heartland Institute to obtain confidential documents – including personal information of Heartland employees and board members – which he subsequently sent to environmental activists and sympathetic journalists.

END_OF_DOCUMENT_TOKEN_TO_BE_REPLACED

This long essay is well worth your time to read. It was written, without any encouragement or coaching, by Prof. William Gray, one of the world’s most distinguished and respected hurricane experts. He’s one of the “grand old men” of climate research, a hero and mentor to thousands of students and practicing meteorologists. In his essay he tells the story of how a younger generation of researchers got co-opted by the government grant process and have abandoned objectivity on the climate change issue in exchange for money and publicity.

The essay has many kind things to say about Heartland. I’m going to print out and cherish this essay for a long time, maybe for the rest of my life. This is vindication. I don’t care if the New York Times, Washington Post, or Michael Mann never admit that they were wrong. Bill Gray says we are right, and that’s all I need.

We should all be grateful for the Heartland Institute and for its Nobel Mission to bring enlightenment and truth to the Anthropogenic Global Warming (AGW) question.  The recent illegal acquiring of internal documents from this Chicago based institute helps remind us what a unique and important organization it is.  The Heartland Institute has given a great boost and encouragement to so many of us who have attended any one or up to six of their international climate science meetings that were held in New York, Wash. D.C., and Chicago between 2008-2011.