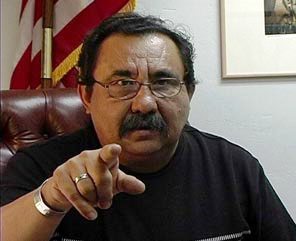 Yesterday, Rep. Raúl Grijalva (D-Ariz.) requested that the House Resources Committee investigate whether Department of Interior employee Indur Goklany accepted “illegal outside payments” from the Heartland Institute, and “what confidential information Goklany may have shared with Heartland officials in the course of negotiating his payment agreements.”

Grijalva made this request in a letter to Committee Chairman Doc Hastings (R-Wash.) and Ranking Member Ed Markey (D-Mass.). The alleged ‘issue’ arose because one of the stolen Heartland documents, the Institute’s 2012 budget, proposes to pay Goklany $1,000/m to write a chapter on economics and policy for a forthcoming book, Climate Change Reconsidered: 2012 Report of the Nongovernmental International Panel on Climate Change.

Grijalva, citing a letter from Greenpeace to Interior Secretary Ken Salazar, claims federal employees are not allowed to take payment from outside organizations, particularly for “teaching, speaking and writing that relates to [their] official duties.”

I fully understand why Greenpeace and Grijalva want to harass and silence Goklany. Goklany is one of a handful of indispensable thought leaders in the climate policy debate.  He has demonstrated, for example, that, largely because of mankind’s utilization of fossil fuels, global deaths and death rates related to extreme weather have declined by a remarkable 93% and 98%, respectively, since the 1920s. He has also demonstrated that, even assuming worst-case impacts from the UN IPCC’s high-end warming scenario, developing countries in 2100 are projected to be much richer than developed countries are today. Nobody takes the hot air out of climate hype like Indur Goklany! So naturally, Greenpeace guttersnipes want to besmirch and muzzle him.

Okay, let’s get one thing out of the way from the get-go. There are absolutely no grounds for Grijalva to investigate whether Goklany “may have shared” “confidential information” with Heartland. To make a charge like that, you’ve got to show probable cause, or at least some evidence. The mere speculative possibility that something might have happened does not authorize politicians to demand proof that it didn’t happen — not in a free country, anyway. Even Joe McCarthy pretended to have evidence for the allegations he made.

Think tanks often commission books, chapters, or papers from outside experts. If the sloths at Greenpeace and Grijalva’s office made the least effort, they would see that Goklany’s prolific scholarship on climate change relies exclusively on peer-reviewed, open-source literature.

Now let’s consider the alleged ban on outside payments for teaching, writing, and speaking. Here’s the relevant portion of the Justice Department’s Federal Employee Ethics Handbook:

Let’s take each bullet in turn. (1) To my knowledge, writing on climate economics and policy is not “part of” Goklany’s “official duties” at Interior. (2) Heartland invited Goklany to write a chapter on climate economics and policy because of his expertise, not “primarily because” of his “official position.” (3) Heartland’s “interests” are not “affected substantially” by Goklany’s “performance of his official duties.” (4) Goklany’s chapter would be based on peer-reviewed and open-source literature, not “nonpublic information.” (5) The proposed chapter presumably would not discuss Interior Department “programs, operations or policies.”

It may surprise Rep. Grijalva, but some experts who work in federal agencies also have careers as independent scholars. For decades, Goklany has written books and articles on weekends, at night, and during sabbaticals. His Web site, Goklany.Org, lists his numerous publications.

The Cato Institute published three of Goklany’s books: The Improving State of the World: Why We’re Living Longer, Healthier, More Comfortable Lives on a Cleaner Planet (2007), The Precautionary Principle: An Appraisal of Environmental Risk Assessment (2001), and Clearing the Air: The Real Story of the War on Air Pollution (1999). Since most people in America – including most authors — get paid something for their labors, I assume  Cato paid Goklany honoraria to write those books.

Do Greenpeace and Grijalva suppose that Goklany hid the books from Interior, or that Interior was too dim or lazy to find out that Cato had published them? Knowing Goklany, I would be shocked if he did not clear with higher ups whatever financial arrangements he negotiated with Cato. Ditto for anything he writes for Heartland.

Gleick did not need to steal Heartland documents for Greenpeace to discover Goklany’s “link” to Heartland. Take a look at Heartland’s Climate Change Reconsidered: 2011 Interim Report of the Nongovernmental International Panel on Climate Change, the prequel to the 2012 book project discussed in the purloined budget document. Appendix 2 (pp. 415-516) lists Goklany as one of eight contributing authors.

Heartland has distributed thousands of hard copies of the 2011 Interim Report and makes the book available for free download on three different Web sites (here, here, and here). Heartland will similarly publicize the heck out of the 2012 report to which Goklany may be a contributor. There is simply no “secret” here meriting a congressional probe.

So what’s it all about? Grijalva and Greenpeace are desperate to find some redeeming social value in Peter Gleick’s professional meltdown. They want to harass somebody, anybody, connected with Heartland. They want to divert attention from the stupendous embarrassment that Gleick has become for the self-anointed “consensus of scientists.” They want to suppress independent thought in federal agencies too prone already to the maladies of group-think and political correctness.

Bully tactics are more likely to turn people off than win hearts and minds. Like Gleick and the Climategate schemers, Greenpeace and Grijalva are their own worst enemies.